In five or so years from now, when MBA students start analysing how Facebook managed to fall so low after being so successful, they will probably use the Facebook Corgi community story as the case that best highlights the beginning of the end. So, let me start off by telling you why we Corgis are annoyed with Facebook.

If you are reading this blog you probably know that I am an almost three year old Cardigan Welsh Corgi. I joined Facebook nearly two years ago when I discovered that there were other Corgis out there. It was great. I quickly became part of a vibrant and friendly Facebook community of Corgi dogs. Sometimes even their owners and friends joined in. We would exchange information on every topic, laugh and be happy at the good news, cry and be sad at the bad news, admire each others’ photos, and care for each other. We were using Facebook as a social network. This is important because this is what Facebook claims to be.

There are some who claim that these Facebook posts are being written by the owners rather than the dogs themselves. I even saw one post which said dogs don’t type. So how come you are reading this? Bark recognition software? I admit, there may have been some help from time to time but the posts were always written in the dog’s character and from the dog’s point of view. Many of the dogs are mischievous, some are coy, some have a lisp, some are religious, others are political, all love to talk about Corgis and food. Sometimes they write about the trouble they have just got into or typical dog and human problems – birth, life, illness, death. Most have a great sense of humor and an open attitude and everybody appreciates that this is a huge, online community that looks out for each other, and supports each other in good and bad times.

You would imagine this is great news but it turned out recently that Facebook has some problem with us. I am a Corgi living in Poland and I am friends with any other Corgis, other dogs, cats, and sometimes even humans on Facebook. I have nearly 2000 Facebook friends that I treat as real friends, and I feel I am part of a community that happens to use Facebook as the platform to interact. I am not sure why, but every so often Facebook would ask me whether I really knew these ‘people’. Every once in a while I would get carried away a little bit and invite a few friends at a time and I would get a warning no to be so friendly. Once Facebook even stopped me sending friend requests for a while and put me in a sort of “no new friends’ jail. All this in spite of the fact that I knew them much better than Facebook, as the majority of my friends were not ‘people’, they were dogs, and I knew them better than Facebook.

However this was a minor inconvenience. At the beginning of this year Facebook started deactivating accounts of Corgis on Facebook. I regularly looked through my friends and saw that instead of a picture of a beautiful dog there was a blank photo and info that this account was deactivated. One particularly well known Corgi, Boneaparte EvilCorgi has been deactivated and had come back twenty or thirty times already since this craziness started. Boneaparte lives in a house with many senior rescued dogs and has always said he wants puppies. In mid-April one of the dogs in his house who several vets claimed had been spayed gave birth to five pups. Boneaparte was delighted. His friends on Facebook were delighted and enjoyed the photos. Then Facebook deactivated his account again, and again, and again.

Boneaparte has been de-activated so many times but he is one of the few who fight this absurd Facebook abuse and keep reactivating their account under their previous name. It is extremely tough on him and others like him because they lose all their connections, photos, messages, and everything each time. Many have given up and just set up their individual pet pages rather than continue with accounts, and many others have just given up on Facebook entirely. 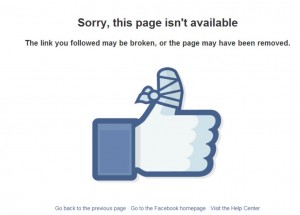 I do not know how many other communities have been hassled and abused by Facebook in a similar way but I bet there are plenty. The real reason behind this is not the fact that Facebook believes these accounts are really pet or non-human accounts (because that would mean that Facebook thinks that Corgis and Poodles etc. own computers and pay for the Internet, which would in turn mean that Facebook is crazy) but the fact that Facebook has been changing its strategy and has in fact stopped being a proper social network but forgot to inform people of the fact. After they hit the big time on the stock-exchange and had to please all those investors and show them where the profits are, they simply lost focus and started pretending they were all sort of things, which they are not. They saw themselves as a technology giant (like Google) and a business platform (like Amazon). They started to perceive and present the users as assets that will generate future income rather than people, dogs, cats etc. From our point of view it did not matter too much what sort of bullshit they were selling their investors as long as we could continue as before and use this platform for social networking.

But then the money did not start rolling in as fast as they thought it would and they got greedy. This was interesting as they were a rich company, with employees that earned plenty, and incredibly rich owners who do not have to work ever again. Yet, they were determined to force all these small to medium sized business to start using Facebook as a business platform, and suspected everybody else of being a business but pretending to be something else (people, dogs, cats etc.). They thought these business were making a lot of money from Facebook (without there being any real business case to prove this) and not sharing this with them. The new Facebook now perceived itself as a business to consumer channel (B2C).

However, they did not tell anyone about this shift in strategy or their new paranoia, and everyone went on using it in good faith as if it was still a social network. So, they started putting the pressure on and harassing people, dogs etc. They started setting limits on ‘Friend’ requests, ‘Likes’, ‘Pokes’ etc. They suspected that businesses were pretending to be people, pet shops were pretending to be dogs, vets were pretending to be cats etc. Naturally, such things may happen but if they do then it is only a very small business where the account owners actually run their little business, sell puppies, try to find homes for cats, or raise money for dogs or kids because they are part of some charity etc. However, the algorithm for policing and deactivating these accounts also hit everybody else. People who had signed up and provided real data were deactivated and told that they can only recover their account after they send in a copy of their driver’s license or some ID. Those who refused would lose everything and if they tried reactivating they would be deactivated again in a day or two. This is what has been happening to Corgi accounts for the past six months.

However, everybody knows that to use Facebook you have to be a real person over 18 years old but Facebook did not care to enforce this when it suited them to brag that these billions of accounts were business assets and not kids, dogs, companies (who are clearly not individuals over 18 years of age) etc.

Now Facebook is not only the hypocrite but also a greedy corporation that wants to take, but does not want to give anymore. It is now so successful that it is the social Emperor and does not care what the plebs has to say about its new clothes. Facebook knew what it wanted to become, a marketing channel, a technology company, a media company. It wanted the social contribution from the community but no longer wished to stick to the deal and remain a social network where people have the right to maintain their content of their won accounts and exercise freedom of networking if they follow the generally excepted rules of social behaviors and the provisions of the law. The Emperor does not care about communities when he is busy changing the world of Fortune 500. The funny thing is that this is no great technology, and it will be relatively easy for others to build such a social platform. So, sooner or later there will be some serious contenders with enough marketing and one or two competitors will start pushing Facebook out of the picture. Facebook was right in treating the users as assets but has forgotten that these assets can move on to some other platform that will treat them better, and not try to exploit them at the same time as they are being controlled. So, if Facebook continues treating its users like they do at the moment, there will be more and more disgruntled communities like the Corgi one looking for other ‘homes’ and the competition will finally get its break.

As a Corgi with a human heart and a business mind, I can only say: go for it, the market is ripe!

3 thoughts on “How to kill a good business without really trying!”